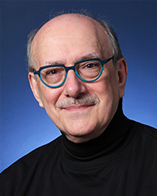 From 2000 to 2009, he was Judging Director of the San Francisco World Spirits Competition. He is the author of five books: Kindred Spirits 2: 2,400 Reviews of Whisky, Gin, Tequila, Vodka, Brandy and Liqueurs (Spirit Journal, Inc, 2008); A Double Scotch: How Chivas Regal and The Glenlivet Became Global Icons (Wiley, 2005), the best-selling American Still Life: The Jim Beam Story and the Making of the World’s #1 Bourbon (Wiley, 2003) as well as Kindred Spirits (Hyperion, 1997) and The Beer Essentials (Hyperion, 1997).

Paul won an award for wine journalism excellence in 2001 from The Academy of Wine Communications. He is the only journalist in the world to concurrently be a Master of The Keepers of the Quaich whisky society (Edinburgh, Scotland), a life member of Kentucky’s Bourbon Hall of Fame, and a life member of France’s Company of Armagnac Musketeers. Paul was awarded the 2011 Cognac Personality of the Year by the Bureau National Intreprofessional du Cognac and he is also the proud recipient of the Cheers 2011 Raising the Bar award. 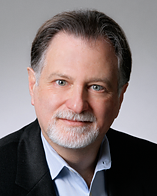 David Talbot has focused his entire career on the wine, spirits, dining and publishing industries, bringing a unique combination of marketing, sales, design and managerial skills to both established and entrepreneurial endeavors.

David is founder and principal of Limitless Libations LLC, a consulting firm focusing on the needs of independent wine and spirits retailers. His services include: store renovation, product selection and buying, display and merchandising, inventory management, POS system upgrade, website and ecommerce development, and staff training.

For 16 years David served as Senior Vice President, Publishing and Events of Wine Enthusiast Companies and Associate Publisher of Wine Enthusiast Magazine. In these roles he was involved in the editorial, design, circulation, marketing and media sales of both the print publication and its website. During his tenure the magazine expanded and enhanced its editorial quality, rating and review program, book publishing, and its online web presence. In addition, David was integral to the launch and growth of Wine Enthusiast’s trade and consumer events, including its annual Wine Star Awards ceremony for the trade and four annual consumer-focused Toast of the Town wine, spirits and restaurant tasting events on a national basis.

David has travelled to many of the major wine and spirit producing regions around the world, and values his wide-ranging relationships on the production, marketing and executive levels of the wine and spirits industry on a global basis.

A native New Yorker, he holds a M.B.A. in Marketing and Management from New York University’s Stern School of Business and a B.G.S. in Art History from the University of Michigan. 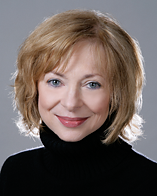 Born and raised in England, Sue spent the first portion of her professional life as an actor in the United Kingdom and Kenya. She moved to New York and married and went into business with Paul Pacult in the late 1980s. Sue Woodley has been Managing Editor of the quarterly newsletter F. Paul Pacult’s Spirit Journal since the early 1990s. Spirit Journal is the acknowledged bible of unbiased and independent spirits criticism and information.

In the mid-1990s Sue produced two radio shows, The Happy Hour with Paul Pacult & Gary Regan and Paul Pacult’s Good Life. In 1998, Sue was General Manager of the Spirit Journal’s SpiritsExpo in New York. Today, she is Managing Partner of Spirit Journal, Inc., an educational, consulting, and publishing company.